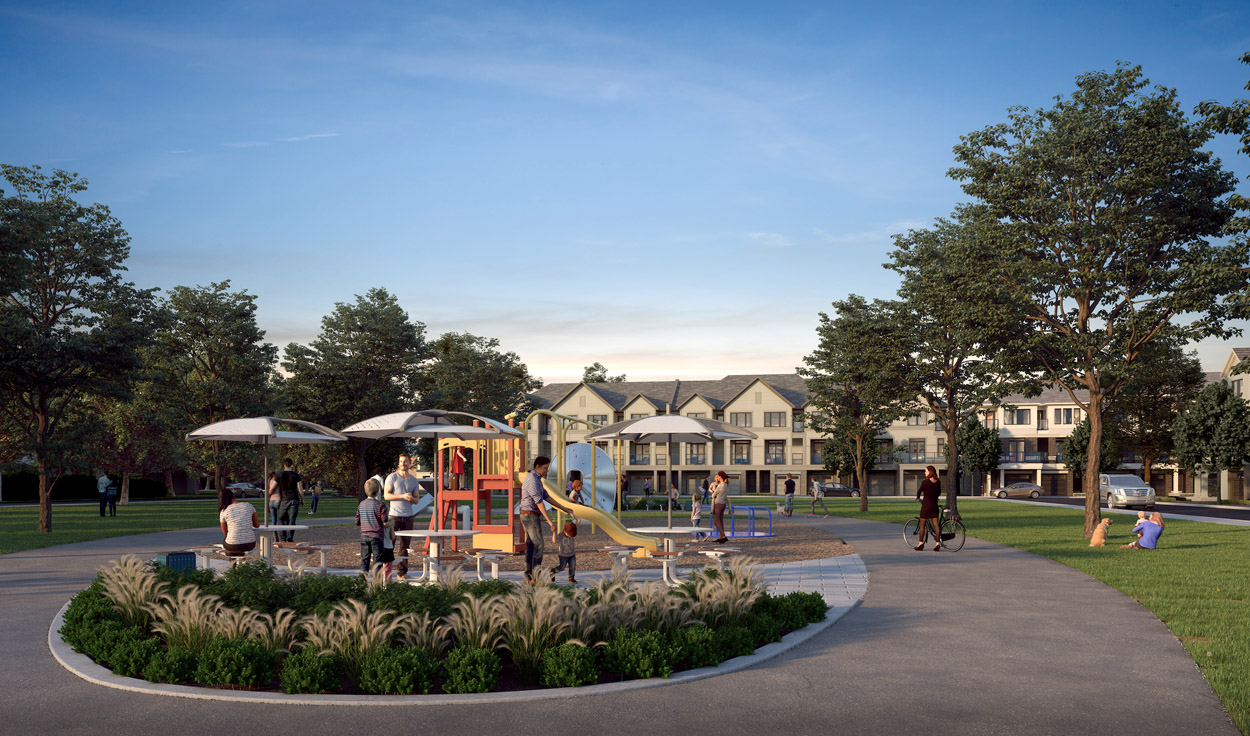 The park located on the grounds of Symphony Towns, Marlin Spring’s beautiful town home development in Oshawa has an official name!

It is so befitting that the park will be named Dale Hawerchuk Park, in honour of the professional hockey player and NHL Hall of Fame member who grew up just steps away.

“It’s a pretty special honour” Hawerchuk says in a statement made to DurhamRegion.com, “a park is fitting. It’s kinda where I started it all, playing in the park in the summers and the winters. It was a huge part of my life growing up in Oshawa. It helped shape me.”

It’s a great privilege to all of us at Marlin Spring to honour Dale Hawerchuk and recognize his hockey achievements and his many contributions.

Earthworks operations at Symphony Towns have already begun, we’re looking forward to the start of construction and will share news of it’s progress as it comes along.